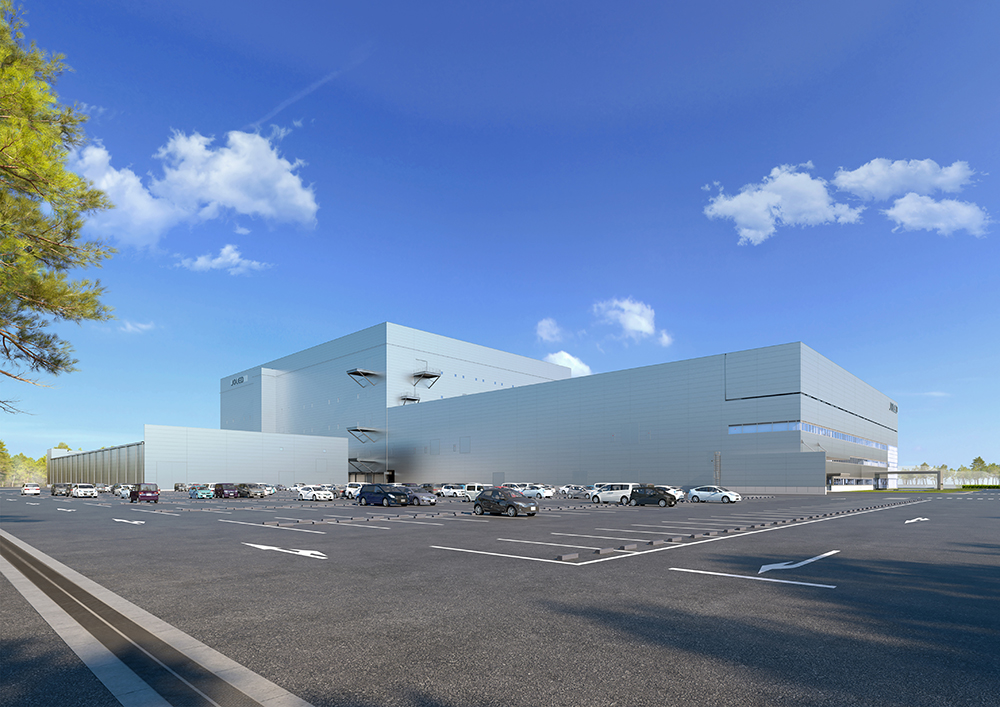 JOLED Inc. (headquartered in Chiyoda-ku, Tokyo; Representative Director and President: Tadashi Ishibashi), which develops, manufactures, and sells organic light-emitting diode (OLED) displays, will be establishing JOLED Nomi Site in Nomi City, Ishikawa Prefecture on July 1, 2018 for the mass production of printed OLED displays. It will be the world’s first mass production plant for printed OLED, and JOLED aims to commence production in 2020.
JOLED Nomi Site, with a monthly production capability of approximately 20,000 glass substrates of size G5.5 (1300×1500mm), is planned to become JOLED’s main production site. It will be producing mid-size (10- to 32-inch) printed OLED displays for use in areas such as automotive displays and high-end monitors.

JOLED has been pursuing the research and development of printed OLED as well as establishing technology for their mass production ever since being founded in 2015. A pilot line (substrate size: G4.5 [730×920mm]) was opened at Ishikawa Technology Development Center in 2016. Currently, 21.6-inch 4K high-resolution OLED displays produced at this pilot line are being shipped for use in medical and high-end monitors.

To further expand this business, JOLED embarked on establishing a mass production plant with an even bigger production line. JOLED Nomi Site will be established in the location of the previous Japan Display’s Nomi Plant acquired from Innovation Network Corporation of Japan. In addition to maximizing the use of existing facilities, a new building for production and additional facilities will be introduced to build a new production line for manufacturing OLED displays.

JOLED is using its research and development capability for achieving the commercialization of OLED displays produced using the RGB printing method and manufacturing expertise to achieve the early launch of a mass production line and efficient production as well as establish JOLED’s display panels in the market for OLED panels. At the same time, JOLED will continue striving toward becoming the leading company in the OLED display field to realize its mission of developing the most advanced devices to achieve a world full of excitement and emotion.

JOLED Inc. is headquartered in Tokyo and uses its Ishikawa, Kyoto, and Atsugi Technology Development Centers as bases to conduct research, development, manufacturing, and sales activities for OLED displays, their parts, materials, manufacturing equipment, and associated products.
JOLED was founded in January 2015, combining the OLED display development divisions of Sony Corporation and Panasonic Corporation, with the goal of accelerating mass production development and commercialization of OLED displays.
In 2016, the company started up a pilot line (substrate size: G4.5), establishing a mass production technology and improving productivity. Later, in December 2017, JOLED began shipment of its first product, the 21.6-inch 4K OLED display.